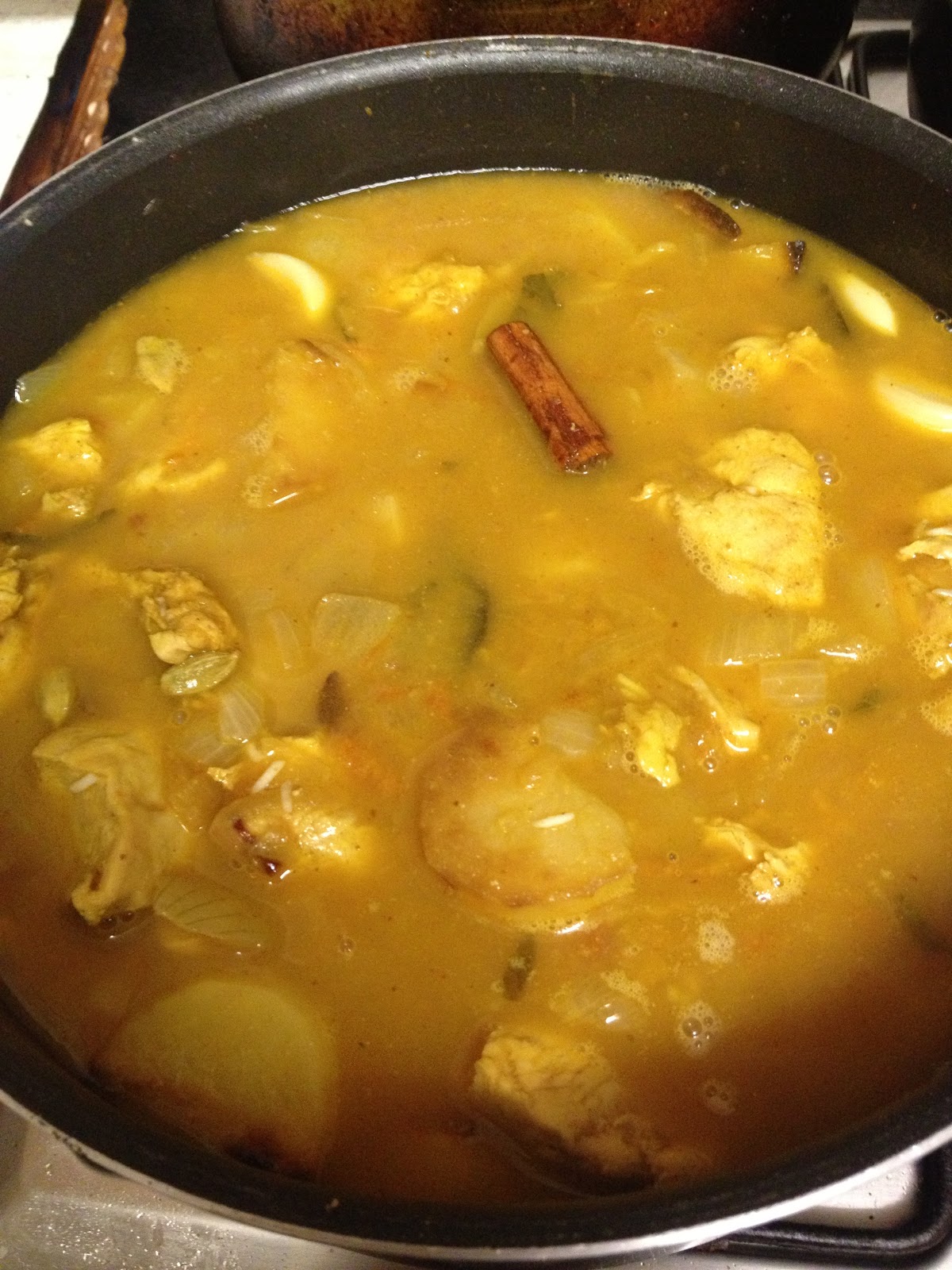 The long awaited,  highly requested Nosaiba-style chicken pilau-style rice. I found this recipe years back, and have adapted it slightly according to how I like it (mainly increasing the quantity of onions and garlic).

Well, there you have it! Chicken pilau-style rice! Had to take quick pictures - as food needed to be served, so not the best shots! It isn't the quickest or easiest of dishes, but it is something tasty to make from time to time. The dish requires you to multi-task, so my advice would be to read the recipe beforehand very well, and if you are the slow type, prepare things pre-hand so work doesn't over-load and you end up burning the onions for example :)

Serve with a salad, yoghurt etc... I know I have made this many times before, but if I could do it....yes...you guessed right, anyyyyone can :D enjoy :)

There are no comments for this recipe. Be the first to comment.